Passion projects are (for me) immersive and creative endeavours which I embark on during my free time.  They are the unadulterated exploration of ideas, often I apply a variety of my skill sets and are explorative through various mediums. These passions projects listed below, are my own in that way that they are not associated with any particular work per se.

Granted, I read books, scribble and draw occasionally, use my DSLR now and then. I do various things ongoingly as write and so forth, however they are just examples of “things I do anyway”. My passion projects can sometimes have a link to what I do for a living, but still, are completely mine and made on my free time. Simply because I can and I enjoy the process.

I’ve posted a selection of my passion projects here so that you can get to know me a bit better. 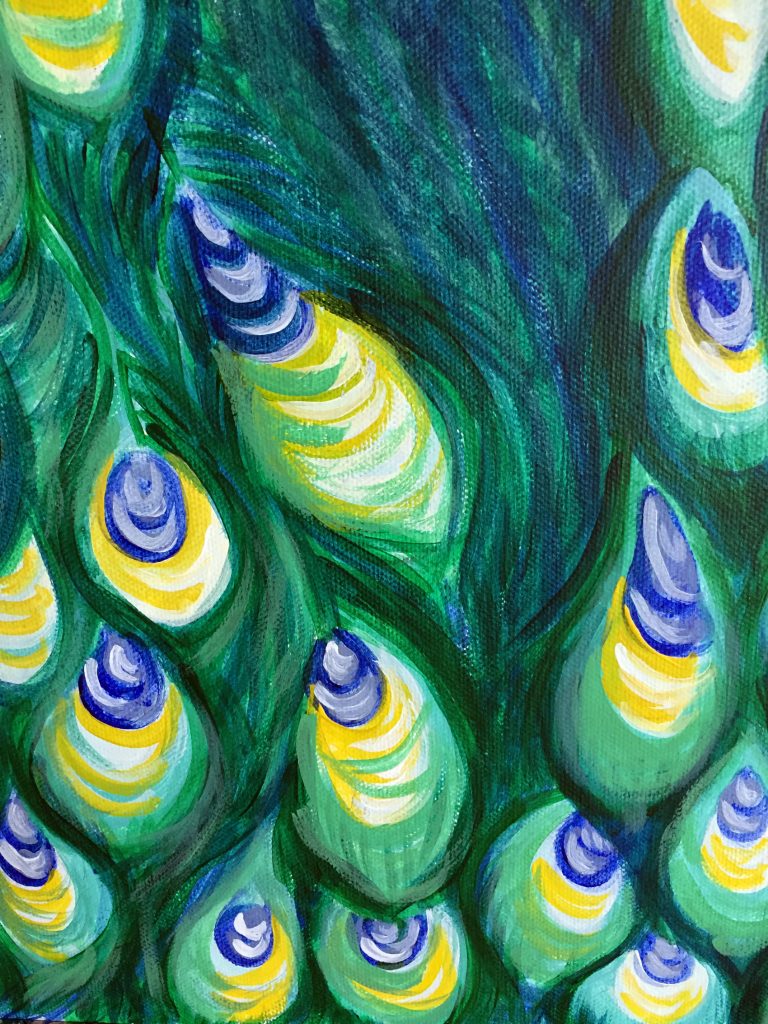 Painting – I’m brushing up on my painting skills and have started an painting of a peacock, let’s see where this goes.

Sketching – on a new manuscript for an ebook.

Improvning – the How to create a marketing strategy, version 1.5 is on it’s way.

How to make a marketing strategy, ebook 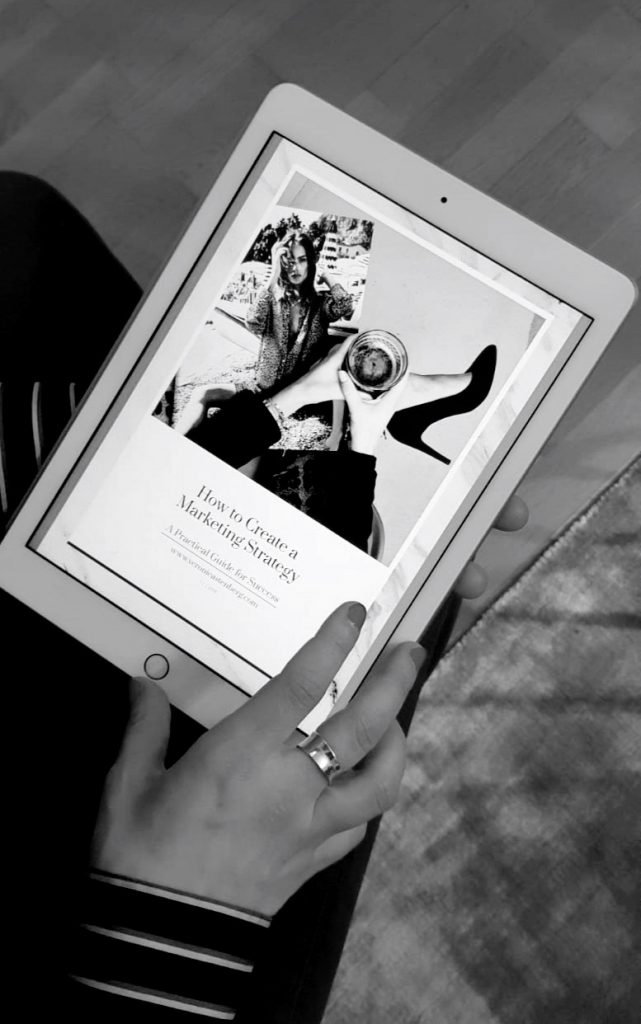 This is an ebook that I got the idea to put together based on questions I get from clients, as well as from I post I made in a Swedish Facebook group. A lot of women contacted me and wanted advice, and I decided to put together a basic framework, based on my knowledge, that I thought would fit, throw in some templates to get started, inspirational sources for more information and brush up my old skills in InDesign. The 1.1 version is released and an updated and somewhat extended version is brewing in my mind.

I got this idea while I was working on a Power BI dashboard with transactional, customer and third-party data. And finding out that Tony Robbins had a podcast. These two things together planted a seed that became this.  The process started with me sketching various ideas I had, then doing research on human behaviour and my passion for CRM and data. In this project, I let loose my creativity and thought “what if”. Everything in this playbook is entirely possible with the right technology, data, processes, organisation and culture. See it as a playbook of 2018. I’d love to revisit this in 2-4 years. Since I think technology will enable almost magical capabilities in terms of crafting compelling customer experiences. 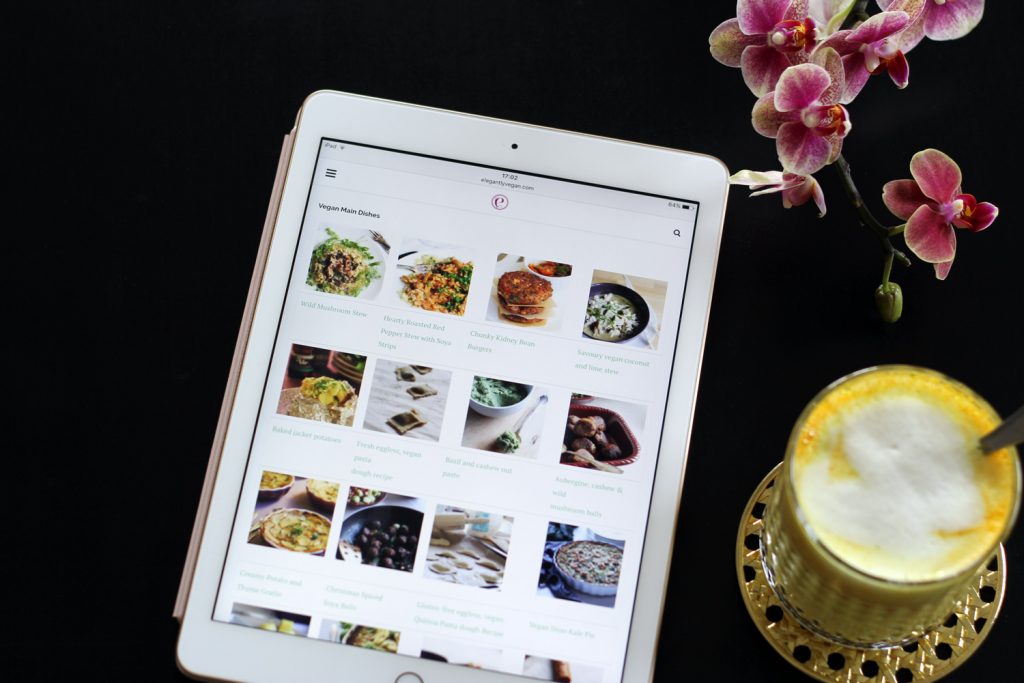 This originated from a newsletter, guest posts on other vegan websites, recipes that I’ve created prior to this. Once the Elegantly Vegan app was on its way it needed a website and a digital home. I collected all these various vegan endeavours under one name and umbrella which became this website. The main purpose in 2012 was to promote the app, document the process and showcase it. However, it gave me a place where I could start gathering everything that I did before and started to move content here.

This website is still something that I work with, every now and then. It’s become more of a travel blog lately and a place for me to store my recipes digitally.

Achievements:  ElegantlyVegan.Com have been featured on BuzzFeed three times. 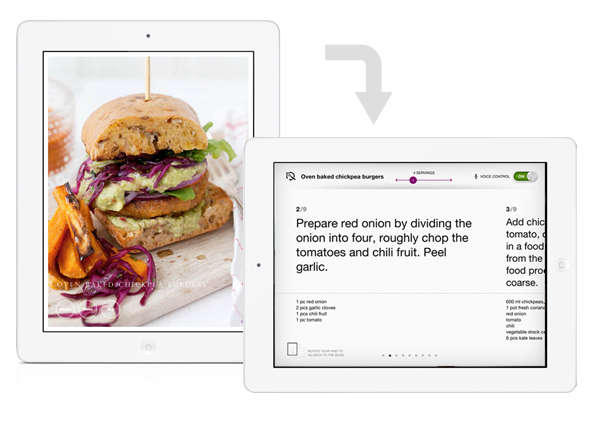 In 2011 I moved from London to Göteborg Sweden. By then I was a thriving vegan that occasionally went on juice fasts and ate a diet containing at least 60% raw food. Coming back to Sweden was like travelling back in time. Quite a contrast to the abundance that is to be found in London. Veganism where a subculture that was associated with people wearing hemp clothing, with a head bountiful of dreads that ran around mink farms during the nights, releasing minks into the wild. Whereas in the UK and US veganism was associated with pure, high-quality food. I didn’t fit into the narrow stereotype of a vegan woman and I was appaled at the lack of options and overall narrow view of veganism in Sweden by then.

So the only reasonable thing was to do something about this and I created Sweden’s first vegan, digital cookbook in an app format that was released with a publisher. Not only was the app available in Swedish, but it was also available in English and with two measuring systems and was released internationally through AppStore.

Achievements: the app received quite a lot of publicity in major newspapers in Sweden. Went straight up to number one in AppStore after the release. And was mentioned app of the week in Vegetarian Living (UK foodie glossy magazine).

The manuscript for this ebook was something I started while I was living in London. Also, an idea that I was musing, pondering and sketching as a result that I was asked for advice for colleagues friends with their own businesses and former clients. I was the go-to gal in terms of digital marketing and I decided to write a manuscript and create an ebook.

I, of course, made a website to it, decided against a CMS and create my own in Dreamweaver, fiddling with HTML and CSS. Adapting a JSON script for a slider with some images that took me a good few hours to figure out, to make the website more dynamic.

I have since long removed the website (it was released in 2012 and was up for a few years) that I had for this project but the manuscript is still in safekeeping and something that I’m sure will be edited and released in a new updated form in some other way when the time is right.

Achievements: I contributed snippets and articles from this ebook as a guest writes for Design*Sponge (one of the world’s most popular home blogs/websites)BizLAdies column. Quite cool 😉